The Supreme Court’s Criminal Division for Person
Holding Political Position has decided to accept the indictment for further
proceedings against me on charges of negligence in the rice pledging scheme.

Throughout my time as Prime Minister, I did my job serving
all Thais with utmost honesty and integrity based on the principles of
democracy with a constitutional monarchy. I also adhered strictly to all
clauses as stipulated in the constitution and all related laws and regulations.
I only wished to see our country prosper where all Thais are given equal
opportunities, in particular the rice farmers, as they have long suffered from
unfair treatment.

I would like to empathize here again that the
accusations directed towards me under the rice pledging policy sets a new
precedent. It is the first case related to the implementation of fundamental
economic policy that was supported by the majority of Thais under the
principles of democracy. The rice pledging scheme helped promote fairness in
the market mechanism and enhance the living standards of the rice farmers.
Prior to the scheme, the farmers worked hard as producers but had no influence
on the price in the market as the bargaining power was all in the hands of
small group of buyers. Therefore, the case does not only directly affect the
economic and political systems but more importantly, the decision of future
governments on the implementation of policies for the benefits of all Thai
citizens.

I noted that “rule of law” was not applied in the
proceedings in my case, which should be a basic right of all Thais in order to
ensure justice for the accused. As evident in the incident where the report and
finding materials from the National Anti-Corruption Commission (NACC) stated
that “the evidence that I engaged in corruption or allowed for corruption to
take place does not exist” but they made the decision to indict me in spite of
making such statement. Subsequently, the Office of the Auditor’s General also
failed to undertake sufficient investigation and rushed to file the charges.
These procedures and actions indicate that the accused did not received
justice.

Despite the fact that the Supreme Court has decided
to accept the charges, I remain confident that I am innocent and I believe in
the evidence that will be presented during the court proceedings that will
prove that I am not guilty of any wrongdoing.

I can only hope that the Supreme Court proceedings
will be fair and I will be given access and adequate opportunity to present
facts and evidence to support my case while on trial. More importantly, I hope
that the Supreme Court proceed the case with a view to achieve accurate
findings and do so in a transparent manner free from any prejudice. This is
because I feel that in the past I have not been given such rights and there
were frequent political interference in the case in order to target me
personally.

Finally, I would like to kindly request that all
sides refrain from any criticisms or engage in actions for political gain until
the completion of the trial, so that justice may one day return to the Thai
society. 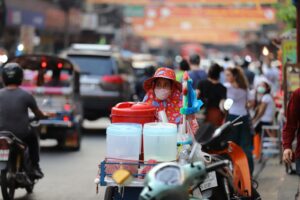