1.   Attempts were made by those in positions of power within the Government to dodge the issue by pointing out to the public that the demands made concerning Rajabhakti Park Project were driven by political motives and did not seek to really examine the corruption allegations of the project. However, Pheu Thai Party has consistently emphasized that Rajabhakti Park Project is very vital to the feelings and sentiments of the Thai people, as its objective is to honor and proclaim the deeds of the Thai Kings from the past to the present day, who have contributed greatly to the nation. When the facts were revealed to the public of wrongdoings and benefit seeking from the Project, this has impacted the sentiments of the people since this Project is related to the Monarchy which is most respected by the people of Thailand. Thus, Pheu Thai Party sees this as a duty to make such demands, which are based on the necessity to have the allegations of corruption investigated and to restrain any actions that would negatively affect the feelings of the people.

2.   Attempts were made by those in positions of power within the Government to dodge the issue by pointing out that there was no corruption or irregularities involved in the Rajabhakti Park Project. Furthermore, threats were issued that appropriate legal measures would be taken against anyone making such accusations. Earlier, Pheu Thai Party had noted that even though most of the budget used in Rajabhakti Park Project came from donations by the people, nevertheless, it was the Army who implemented the matter. From the start, the donations were made through the Army Welfare Department, using military personnel that must abide by the regulations of the Treasury Department concerning the receipt of money or asset made by donors to the government B.E. 2526 in which the Auditor General has the power to investigate. Moreover, the Prime Minister, the Minister of Defense and those that are responsible for Rajabhakti Park Project have consistently confirmed to the public that the proceedings of the Project has been transparent and also claimed that no national budget was used.

Nonetheless, when the facts emerged that actually the central government budget was used, it pointed to a deliberate attempt by those responsible to conceal the truth, obstruct or divert attention from the investigation into the various offense that transpired. Nearly all these facts were revealed directly by those involved. For example, the contractors disclosed to the public that they were asked for benefits from the Project by the Amulet trader, that the media have revealed, to have close relationship with the Leader of the Government. Thus, the allegations on whether there has been corruption or not, Pheu Thai Party, the people and media did not make up, or threw false accusations, but quoted the words spoken to the public by those responsible for the Project, and the facts that have already been revealed to society and the public.

3.   On Monday the 30th November 2015, the news emerged of the arrests and detention of Nattawut Saikuar and Jatuporn Prompan by army and police officers while travelling to Rajabhakti Park to honor and pay respect to the Kings and also examine the general atmosphere of the Project. They were held in the army barracks and were eventually released conditionally.

Pheu Thai Party sees that the Government and the NCPO have the duty to clarify the truth and uncover the facts in a straightforward manner without obstructing other organizations or people from joining in the investigation of the Project. The arrest and detention of the two individuals is considered a basic human rights violation, and such arrests without accusation and the release on condition will not bode well for the Government and the NCPO in view of it promoting the suppression of corruption.

Presently, the mentioned arrests are one of the many disturbing incidents that have been widely witnessed in the country. This includes banning expression of different opinions, the summoning of people for “attitude-adjustment”, use of army units to follow certain public figures etc. For this Pheu Thai Party has called out to the Government and the NCPO to abstain from violating human rights in any form and to speedily return liberty to those who were violated, in order to create an atmosphere that contributes to reconciliation and allow return to normalcy. Thus, Pheu Thai Party opposes such actions and demand that human rights violation against the people is put to an end at the soonest. 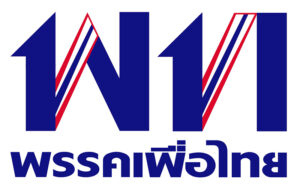